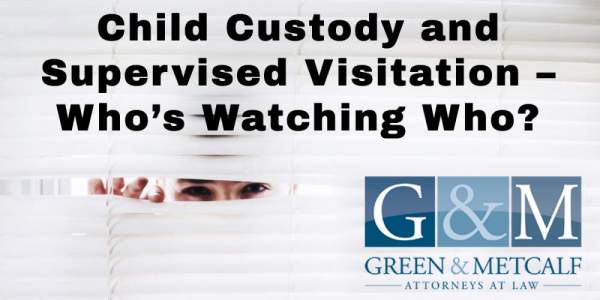 When it comes to ruling on child custody issues, courts always make determinations based on what’s in the best interest of the child/children involved, preferring not to disrupt the existing parent-child relationship whenever possible. In some cases, however, a parent may be deemed unfit to be alone with a child. When this happens, the court may order supervised visitation so that a parent can continue to have a relationship with the child, even if it’s only on court-ordered supervised occasions.

“Even though being allowed to see a child only during a supervised visit is not the best-case scenario, it’s still a better option than being denied access to the child altogether,” said Norman A. Green, Senior Partner at Green and Metcalf P.A. of Vero Beach, FL.

Because the purpose of supervised visitation is to protect the child/children involved, it isn’t likely to be granted in cases where parents disagree on how a child should be raised. The grounds for supervised visitation include when one parent believes the other parent presents a risk of harm to the child, such as when a parent has struggled with addiction or domestic violence issues or cannot provide a safe living environment for the child.