This article is in response to a recent column entitled, “Is America winning the war on drugs? Yes.” The premise of the article is that the United States is winning the so-called “War on Drugs” by funding narco counter-terrorism projects like the Merida Initiative and Plan Colombia. I strongly disagree and feel we, as a nation, must change our views and create a new paradigm in dealing with the epidemic of illicit drug use.

The success or failure of the Merida Initiative is yet to be realized. It is the epitome of government pork. Plan Colombia has been a miserable failure. The coca crops in Colombia have increased in production by 27% since implementation of the plan.

So long as politicians use catchphrases like the “War on Drugs”, our citizenry will sit idle by as our government misappropriates billions of dollars under the guise we are engaged in brutal and bloody combat with an enemy that will eventually fall in defeat. I am not advocating the legalization or saying we should give up. I am saying we have never focused on real solutions. Our judicial system must help lead the way.

In 1999, Vero Beach attorneys Norman Green and Andrew Metcalf were honored to have argued a case before the Supreme Courtf of Florida wherein the Court ruled the Florida drug trafficking statute did not apply to prescription pain medications. Previous to this case, our legislators had felt it wise to mandate 25 year minimum mandatory sentences for those in possession of more than 28 grams (approximately 50-100 pills) of drugs containing hydrocodone, oxycodone and codeine. This exceeds the minimum sentence for those in possession of up to 300 pounds of cocaine. Yes, you read it correctly. The Court sent a clear message. Our state would now stop sending addicts to prison longer than those who molest children. However, Florida legislators, in an effort to look tough in the “War on Drugs” thumped their collective chests and re-wrote the statute to specifically overrule the Supreme Court’s decision. This rewrite was blessed by our Governor despite his own daughter’s very public struggle with prescription drug abuse. Of course, we can’t forget conservative powerhouse Rush Limbaugh’s legal problems stemming from his addiction to these very medications.

We provide money and weapons to fight back coca production in foreign countries, but our eyes are closed to the new and real epidemic of prescription drug abuse. We need to ask law enforcement officials and judiciary, “Why are we imprisoning drug addicts, but not holding big pharma and rogue doctors accountable for mass murder?” Of course, most doctors who prescribe pain medications do so responsibly and not all people who take pain medication are addicts. But ladies and gentlemen there is a problem out there. We see it everyday in my office. It is sad. It is tragic. Catchphrases and long prison sentences will get you votes everyday, but they don’t solve the real problem of drug addiction. 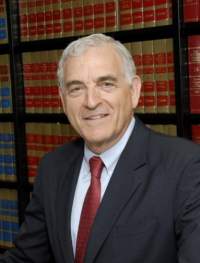 Vero Beach is the County Seat of Indian River County. The following departments are housed within the courthouse: Appeals, Civil, Family Services, Felony, Jury/Passport, Recording, and Traffic, all of which can be reached at 770-5185.

The Law Library is also at the courthouse: 770-5157 or visit www.irclibrary.org/law.htm

The Florida Bar offers a wide variety of free pamphlets on subjects including Adoption, Divorce, Bankruptcy, Buying a Home, Guardianships and Mass Disasters. They also provide Consumer Tips on subjects including Identity Theft, the Lemon Law, Landlord/Tenant, Buying a Home and Credit Repair. All of the pamphlets and consumer tips are available in English and Spanish and may be downloaded for FREE from the Florida Bar.

This is the address for the link to the pamphlets: