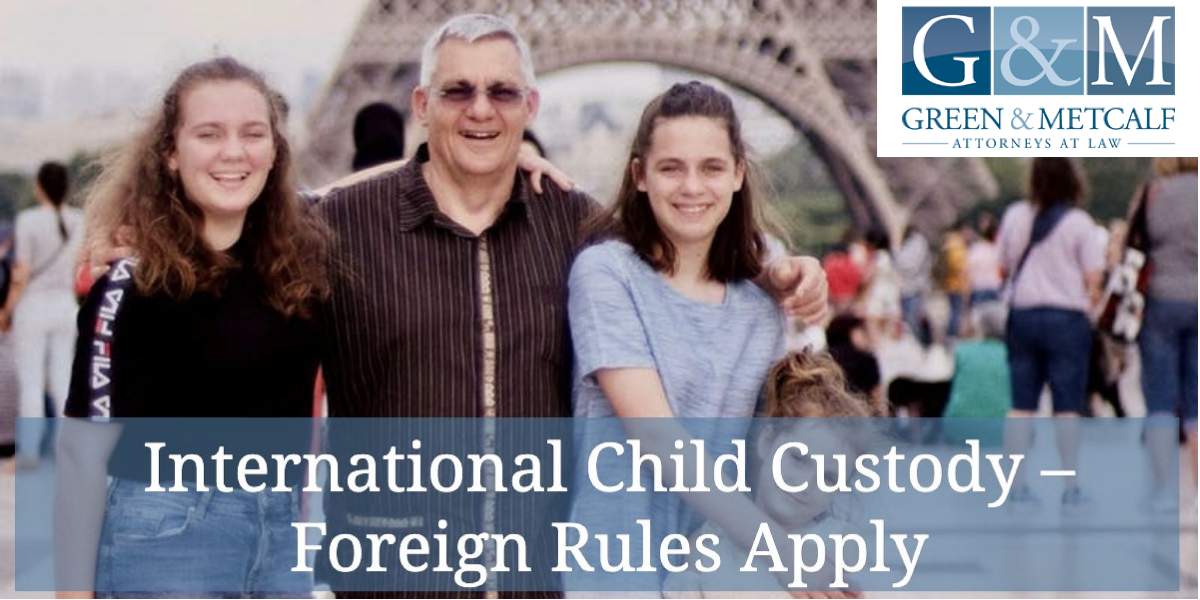 When considering the many types of litigation, child custody cases can be some of the most complicated disputes. But when these same custody cases take place on an international level, they can become even more heated and emotionally charged for all parties involved. One reason for the heightened angst is because child custody disputes in the United States usually fall under state and federal law, while international child custody cases are based on whichever country has jurisdiction and what laws apply.

“International child custody presents its own unique litigation. In the U.S, the state a child lives in usually has jurisdiction over custody matters, but other countries are not required to abide by the laws of the United States. And if both parents don’t reside in the same country, even more issues can occur,” said Norman A. Green, Senior Partner at Green and Metcalf Attorneys at Law of Vero Beach, FL.

In some cases, both parents reside in the same country but one parent will ask to relocate to a foreign country with his or her child. In determining whether to allow a parent to move a child to a foreign country the court will weigh several factors. Of course as in any custody case, the ultimate factor in determining whether to allow one parent to relocate a child to another country is whether the relocation will be in the best interest of the child.

The United States and many other countries are parties to the Hague Convention Treaty. This treaty enables parents to enforce United States child custody orders in the countries that have signed on to the treaty. A parent can pursue private legal action in those countries for the enforcement of their custody order if the other parent wrongfully moved the child out of the U.S.

“Regardless of where a child lives – and which parent they live with – the court always wants to rule based on what’s in the best interests of the child/children now and in the future. Because of this, it’s even more important to identify the proper jurisdiction and find out which rules apply to each international case,” Green said.