Criminal Law – The Perils of Perjury

Written by Andrew B. Metcalf 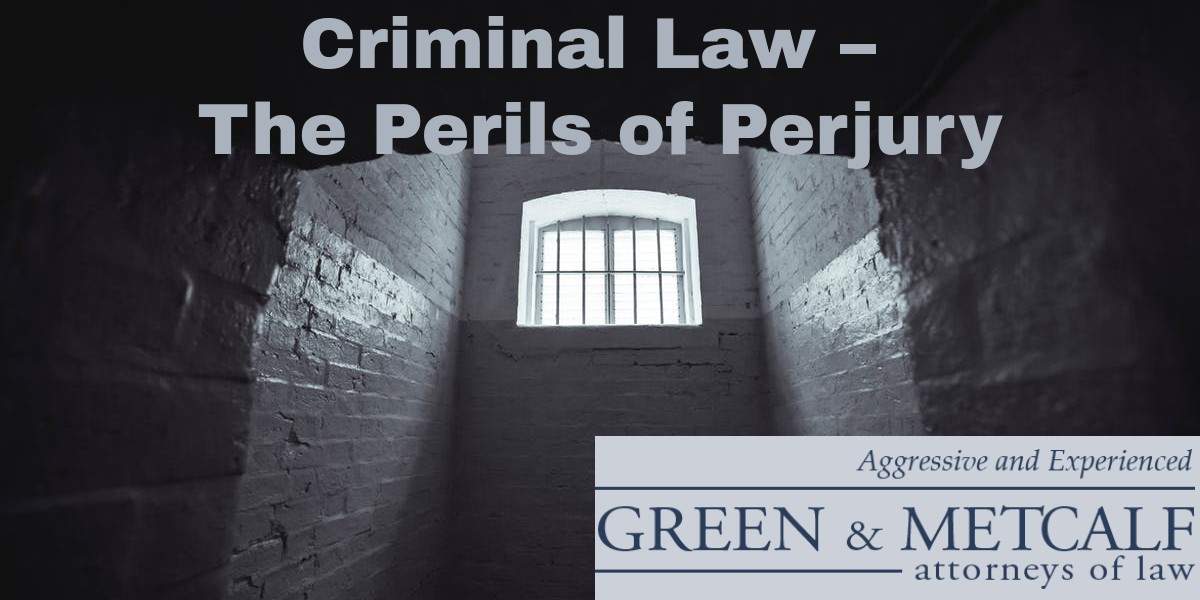 Criminal Law – The Perils of Perjury

One of the more challenging things for an attorney is simply proving a witness is lying; however, that appears easy when compared to proving a witness is committing perjury and is knowingly lying in an attempt to defraud the court. When a witness tells a lie on the stand, an experienced attorney need only find proof that the opposite is true. In the case of perjury, finding proof of the intent to defraud behind their lie makes the attorney’s work much more detailed and difficult.

“Witnesses often remember events inaccurately after the fact and even more inaccurately after long periods of time have passed. So are they committing perjury when they report these inaccuracies on the stand in court? No. Because they are not intentionally lying, nor are they attempting to defraud the court in most cases,” said Andrew B. Metcalf, Partner at Green & Metcalf of Vero Beach, Florida.

Federal law defines two types of perjury – one that involves statements made under oath and another that involves unsworn statements. Both have many factors and require certain proof to be considered before the offender can be prosecuted for committing the crime knowingly.

Andrew B. Metcalf is a partner of Green & Metcalf - Attorneys At Law. He has over 20 years of experience in the practice field of criminal defense. Metcalf is the Immediate Past President of the Florida Association of Criminal Defense Lawyers and Past President of both the Indian River Bar Association and the Indian River Association of Criminal Defense Lawyers. He has earned a Preeminent AV Peer Reviewed rating with Martindale Hubbell and has a perfect 10.0 rating with AVVO.